I have a break from all the British stuff with a special Patron only preview of the first Scourge concept.

First?!? Yep, first. As it currently stand in the rules there is a single Scourge profile and I expect that to probably remain like that, but the fluff tells us that the Scourge aren’t a corporeal race like we are. Instead, a person will see what they fear the most.

This gives us the opportunity to do more than one concept for the same profile.

Having said that, who knows what the future holds. I do have on my To Do list to create a ‘killing fields’ solo play type scenario and it may be good to have various Scourge profiles for that. Time will tell.

Anyway, back to the point of this post – the first Scourge concept! 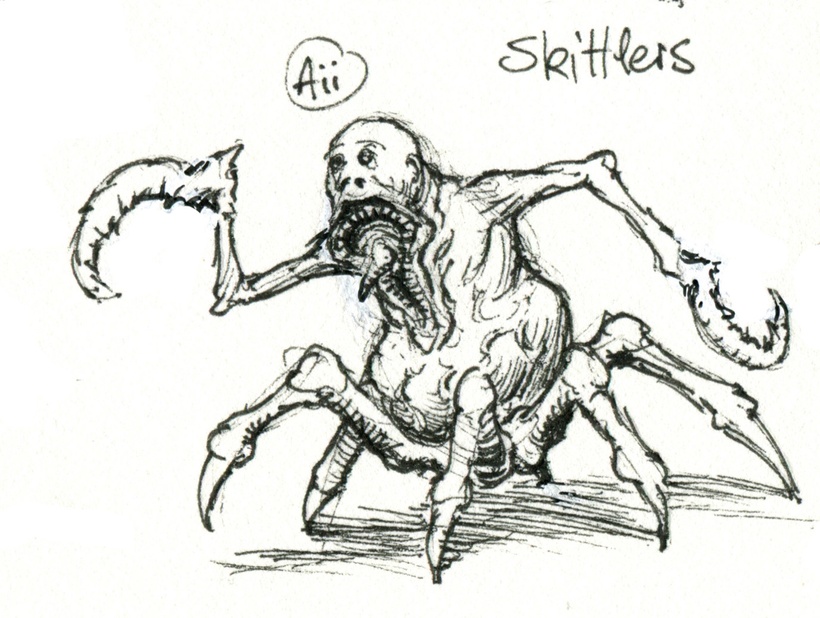 For this one we have gone down the route of merging the fear of creepy spider type things with the horror of, well, some sort of human based big mouth thing.

This will probably be the smallest model we do the scourge, I see them as being about ~20mm tall and have visions of them skittering through the devastation of a battlefield in search of the next human soul to feed on.

We have two more concepts to preview for you, they will come out over the next week or so.

Let us know your thoughts below. How would you react if this thing came skittering  towards you out of the dark??

Categories
This site uses cookies to offer you a better browsing experience. By browsing this website, you agree to our use of cookies.
More info Accept